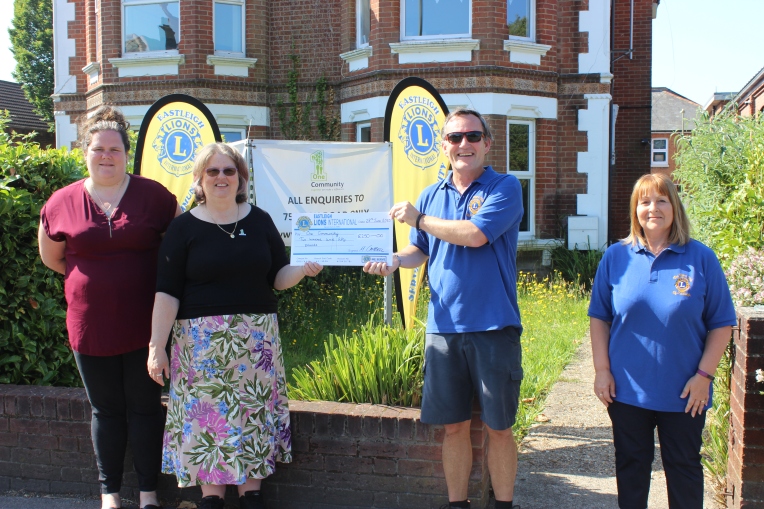 Normally the Eastleigh Lions Club would give local young carers a well-deserved break and a fun day out at Paulton’s Park  but unfortunately the pandemic had different ideas and the annual trip had to be cancelled. During the lock-down these unsung heroes would have been finding their lives even more demanding than usual. So, whilst the Lions couldn’t put on their customary day out they felt they would like to do something as an alternative this year.

Lion Anne Wright chair of the Community Committee and newly appointed Lion President Mark Campbell handed over a cheque to One Community who support the Young Carers from their base in Eastleigh.  On hand to receive the donation were Jean Roberts-Jones,  (taking the cheque) One Community’s Chief Executive and Hayley Malcolm who runs the services for Young Carers.

Hopefully next year will see a return to our regular outing for the Young Carers and a well deserved recognition of their vital work that they do.